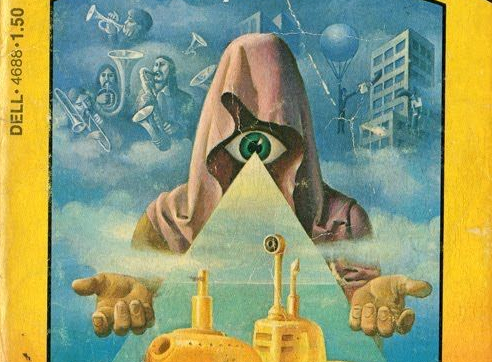 We are delighted to speak with Erik Davis and Eddie Nix about the work of Robert Anton Wilson, an influential and fascinating underground esoteric intellectual of the California freak-scene from the sixties onward. Unclassifiable anarchist, ritual magician, psychonaut, philosopher, writer, proponent of ‘imaginary religions’, and explorer of the fringes of consensus-reality, Robert Anton Wilson made a deep but often underappreciated impact on a number of esoteric currents, notably chaos-magic, certain strands of Crowlean work, the psychedelic subculture, American freak-libertarianism, and so on.

We discuss Wilson’s biography and work, with a number of interesting discursus into

Erik Davis is a researcher of many an interesting facet of the weird, modern and ancient. He has published far and wide on subjects ranging from rock journalism pieces to full-length fnord monographs on psychedelic countercultures, technological transformations of culture and consciousness, and various aspects of modern western esotericism (among other subjects), most recently Davis 2019 (see below). His website techgnosis has its finger on the somewhat erratic pulse of a special kind of esoteric thought – you know it when you taste it – and features the long-standing Expanding Mind Podcast.

Eddie Nix is a theatre impressario and runs what is widely reputed to be the best bookshop in North America.

A Robert Anton Wilson Bibliography can be found online giving the basic books. His many articles and more esoteric publications have not yet been authoritatively catalogued. 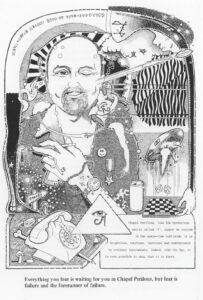