Episode 68: Plutarch’s On Isis and Osiris 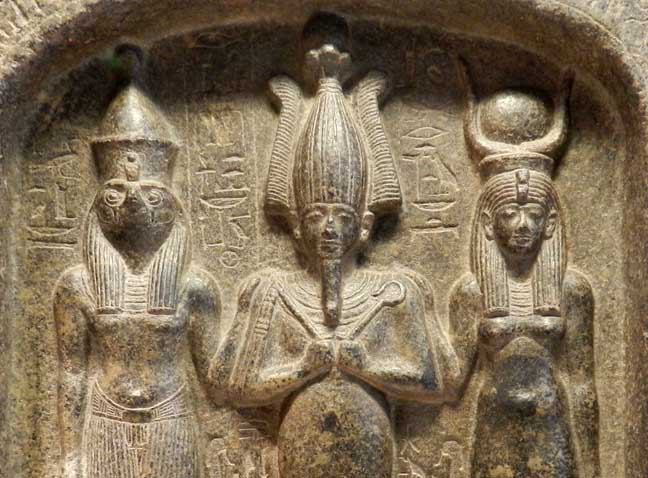 (Heartfelt thanks to Bram de Mulder of the Universiteit van Leuven for his insights into Plutarch’s retelling of the Isis and Osiris myth, into how Plutarch read the story esoterically, and for the superb bibliographie raisonée!)

On Isis and Osiris is one of the most influential esoteric documents surviving from antiquity. It retells a version of the myth-cycle about Isis, Osiris, their son Horus, and their adversary Sêt, one of the central stories of the Egyptian religious traditions. The essay then proceeds to mine the myth for philosophic wisdom, which has been hidden there by Isis herself. Along the way not only the text of the myth, but the way of life of the temple-priests of Isis and Osiris, their secret rites, and a multitude of other aspects of Egyptian religious culture are brought to bear, all of them conferring esoteric insights into the nature of reality. This reality, it turns out, is one based on Middle Platonist metaphysics with the particularly Plutarchian twist of an irrational cosmic soul, a conclusion which does not surprise us, but there are many, many surprises along the way to this conclusion, including a wide-ranging deployment of esoteric reading methods surpassed only by the great Philo of Alexandria.
An essential document for later appropriations of Egyptian religion as esoteric wisdom, the On Isis and Osiris also served as a kind of handbook for esoteric reading of texts, and had far-reaching influence on seemingly unrelated projects of appropriation, from Renaissance perennialist Christian Platonism to Crowleyan Thelema.

On Isis and Osiris (which you can read online here in the Loeb edition used in this episode, if you are so inclined. References are to Stephanus pages; if you are unclear what those are, see the notes to the previous episode):

On the programmatic introduction to the work, which is an excellent place to start exploring hermeneutical issues:

On the ‘Egyptian stuff’ in On Isis and Osiris:

On how On Isis and Osiris fits in with Plutarch’s Platonism in general: