Porphyry (Plot. 15) mentions that Plotinus is well-read in, but sceptical of, horoscopic astrology. Here is what he has to say:

He applied himself to the rules (or tables, κανόσιν) of the stars, not too much on the mathematical side, but more thoroughly as regards natal horoscope-making (γενεθλιαλόγων ἀποτελεσματικοῖς). Having ascertained the unreliability of their claims, he did not hold back from questioning many of the [claims made] in their writings.

This is interesting. Porphyry himself was, as we shall see later in the podcast, deeply given to astrology. But what about Plotinus? As it happens, we have three texts in which he gives us what amounts to (almost) a theory of what works in astrology, what doesn’t work, and why.

In this interview we discuss Plotinus’ take on the theory and practice of astrology with Marilynn Lawrence, who has published extensively on both Hellenistic astrology generally and on Plotinus’ take on it in particular. She takes us through our texts (Enneads III.1[3]. IV.4[28], and II.3[52]) in chronological order, filling in gaps in our understanding with a detailed depth of knowledge of the Hellenistic astrological tradition along the way. 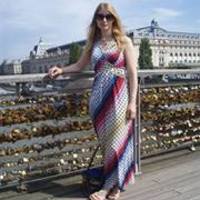 Marilynn Lawrence is an independent scholar working on Late Platonism, ancient astrology, and other interesting stuff. Her article on Hellenistic Astrology for the Internet Encyclopedia of Philosophy is an excellent introduction to the subject.