Episode 139: John Finamore on Iamblichean Theurgy in Theory and Practice 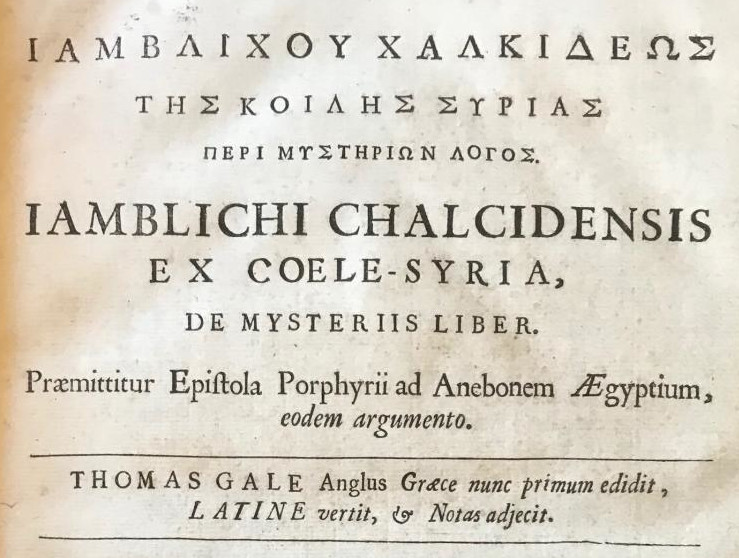 We are delighted to discuss Iamblichean theurgy with Professor John Finamore, whose many high-quality publications on the sage of Chalcis have been making Iamblichus more accessible since the nineteen-eighties. With the central question of, ‘What was theurgy, according to Iamblichus?’ at the heart of the enquiry, the conversation goes off on a number of interesting tangents, covering topics including:

A fine interview is rounded off with some reflections on the development of scholarship on Iamblichus.

John Finamore is a professor of Classics at The University of Iowa. He is the author of many books on the ancient Platonist tradition, notably the essential Iamblichus and the Theory of the Vehicle of the Soul (1985) and, with John Dillon, the standard edition and English translation of the De anima fragments (2002). He is the editor of The International Journal of the Platonic Tradition and president of the U.S. section of the International Society for Neoplatonic Studies, the latter of which is, for my money, the finest collegial body devoted to exploration of the Platonist traditions in all their many aspects.