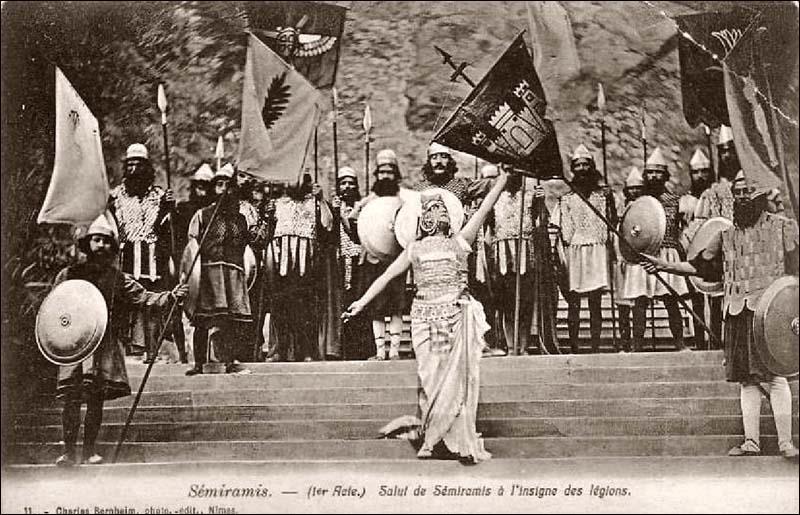 [N.B: the thumbnail image accompanying this episode is a portrait of Péladan by Sasha Chaitow]

Joséphin Péladan (1858-1918) is a fascinating character. He was a prominent – notorious in some circles – critic, novelist, and Occultist writer in his own day, universally talked-about in his native France, but with a fair reach outside the Francophone world as well. Nowadays, however, he seems to have slipped off the radar of mass consciousness (a state of affairs likely to be rectified to some extent by Dr Chaitow’s forthcoming book).

Pêladan was one of the primary movers of the Paris Occultist scene of the fin-de siècle, a time when Occultism in many forms was, for a brief cultural moment, front-page news in a way paralleled perhaps only by the ‘spiritual seeker’ culture of modern California. His Rosicrucian salons brought western esotericism into an intriguing new configuration vis à vis artistic culture more generally, and paved the way not only for, e.g. Crowley’s Rites of Eleusis, but the whole ‘sixties ‘happening’ culture. His barbed criticism of realism in art constituted a strong voice in favour of the kinds of search for meaning and enchantment common to late nineteenth century esotericism more generally. He had an extraordinary, heretical emenatory cosmology full of angel-artist Nephilim and human artist-demigods seeking to return to the divine world through spiritual evolution.

His hair was extraordinary throughout. 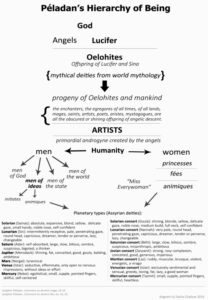 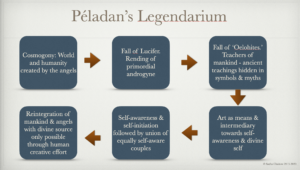 Doctor Sasha Chaitow is a British-Greek scholar of esotericism, a lecturer, author, and artist. A graduate of the EXESESO (University of Exeter) MA in Western Esotericism, her PhD thesis comprised a full in-depth review of Péladan’s life and work, due for publication in Summer 2021 with Fulgur Press. She maintains a killer webpage on Péladan. Her published research papers cover topics in the history of esotericism, culture, and science. She has exhibited her work internationally in 13 solo exhibitions since 2000, and has worked as a curator and event manager since 2008. She lectures internationally for academic and general audiences on culture and education, and she teaches academic skills and research literacy for the sciences. She has also worked in academic and scientific publishing and as a journalist and science writer. Her current research interests include the history of science and its intersection with wider culture between the 18th-21st centuries, and interdisciplinary approaches in the health sciences.

The music is of course the first Gnossienne of Erik Satie.