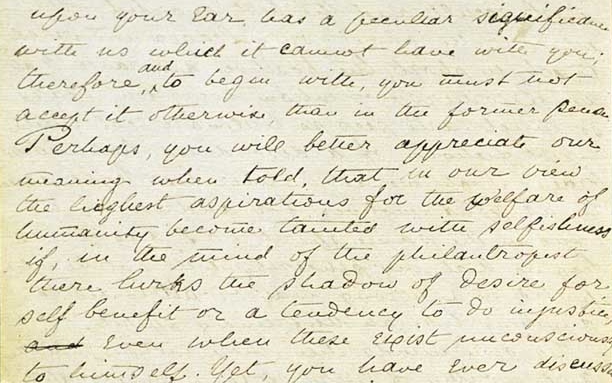 We continue our fascinating, discursive conversation about HPB, asking some very irresponsible questions and eliciting some fascinating answers from Dr Alexandrova.

In a long discussion over religious stagecraft, paranormal phenomena, Blavatsky’s self-mythologisation, and the ‘Mahatma Letters’, Alexandrova formulates an agenda of ‘enchantment’, a ‘duty to delight’, on HPB’s part.

We discuss the irresponsible question: Was Krishnamurti in fact the promised messiah of the new age?

We then move on to the tremendous ramifications of HPB’s work, and Alexandrova’s repositioning of HPB as the ‘founding mother’ of the discipline of religious studies. We also discuss the unprecedented degree to which the ‘not religious, but spiritual’ movements of today are direct descendants of the Madame’s vision of a unifying human spirituality ‘higher than religion’.

Finally, we discuss all manner of cultural links with Russia which are important for understanding Blavatsky, from ‘holy fools’ in the Orthodox tradition to the pious platitudes of late imperial propaganda against which she rebelled with such gusto, and return briefly to the question of ‘sex, drugs, and rock ‘n’ roll’ in HPB’s life.

N.B: The Univisión astrologer whose name we could not come up with is Walter Mercado.

Born and raised in Saratov, Russia, Marina Alexandrova received her MA in English from Saratov State University, and her PhD in Comparative Literature (Russian and Spanish American Literatures) from the University of Texas at Austin. She specialises in the history of political and cultural dissent in Russia, Russian revolutionary movements, international Modernism and the avant-garde, spirituality in imperial Russia, and Russian intellectual history. She is a highly-active scholar both online and in print (even venturing into the theatre), some of which activity is summarised on her faculty page.

William James cites HPB (her Voice of the Silence) in The Varieties of Religious Experience: William James. Writings, 1902-1910. Literary Classics of the United States, New York, N.Y, 1987, pp. 379-380. This is a direct citation of James; the Madame’s words are the central section in double quotes with LOTS OF CAPITALISATION:

In mystical literature such self-contradictory phrases as ‘dazzling obscurity,’ ‘whispering silence,’ ‘teeming desert,’ are continually met with. They prove that not conceptual speech, but music rather, is the element through which we are best spoken to by mystical truth. Many mystical scriptures are indeed little more than musical compositions. “He who would hear the voice of Nada, ‘the Soundless Sound,’ and comprehend it, he has to learn the nature of Dhâranâ. When to himself his form appears unreal, as do on waking all the forms he sees in dreams; when he has ceased to hear the many, he may discern the ONE—the inner sound which kills the outer. For then the soul will hear, and will remember. And then to the inner ear will speak THE VOICE OF THE SILENCE. And now thy Self is lost in SELF, thyself unto THYSELF, merged in that SELF from which thou first didst radiate. Behold! thou hast become the Light, thou hast become the Sound, thou art thy Master and thy God. Thou art THYSELF the object of thy search: the VOICE unbroken, that resounds throughout eternities, exempt from change, from sin exempt, the seven sounds in one, the VOICE OF THE SILENCE. Om tat Sat.”
These words, if they do not awaken laughter as you receive them, probably stir chords within you which music and language touch in common. Music gives us ontological messages which non-musical criticism is unable to contradict, though it may laugh at our foolishness in minding them. There is a verge of the mind which these things haunt; and whispers therefrom mingle with the operations of our understanding, even as the waters of the infinite ocean send their waves to break among the pebbles that lie upon our shores.