Gyrus on the Rise and Fall of the Polar Cosmos, Part II

In the first part of our long chat with Gyrus we discussed how the idea of a polar cosmos might have come about, and how it played out in the long first millennium and beyond. We begin Part II with the so-called Copernican Revolution, which pulled the rug out from underneath the traditional geocentric cosmos, opening up the infinite, howling void which forms the background of modern cosmologies.

We discuss the cosmological dimension to the death of god in Nietzsche; the radical Nonconformist Protestant sects of the Civil War era, with their quasi-animistic take on god’s presence to the lay brethren; the ‘Gnostic’ world-view of the material kosmos as a dark, dead place, and man’s true home located elsewhere viewed cosmologically as one iteration of the polar cosmos; the political entanglements between the polar axis and worldly power in a number of contexts; the modern interiorised ‘individual self’ as a fragment of the fallen world-tree; Norse mythology and Plato’s use of the cranium; the story of triumphant modern explorers seeking the actual, ‘physical’ poles; esoteric fascists and their occultural echoes; the radical democritisation of esoteric materials in contemporary culture, and possible ramifications thereof; conspiracy-theory as ‘incomplete Copernican revolution’; Giordano Bruno’s infinite cosmos and run-ins with established church authority; the Chinese polar cosmos as a test-case for making broad conclusions about what happened in the west in the seventeenth century; and much more. 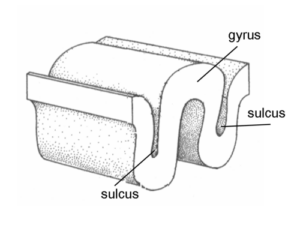 Gyrus is an acclaimed writer and thinker. His acclaimed ‘zine Towards 2012 blew a lot of minds in the 1990’s (including your host’s) and his later projects include the ongoing Dreamflesh website (since 2003), concerned with, among other things, … ‘overcoming dualisms — or failing that, making them more interesting. With intellectual rigour and deep respect for the living moment, we draw inspiration up from the past, down from the future, and into the liminal present.’

Gyrus’ book North: The Rise and Fall of the Polar Cosmos is available from Strange Attractor Press.

For the micro-macrocosmic Demiurgy in Plato’s Timæus, see Episode 27 of the podcast.