We asked ourselves a simple question: how do things like numerology, gematria, and arithmology – occult sciences of number which take various forms in western esotericism – come to be associated with the name of Pythagoras? Dr Kalvesmaki has looked into this stuff very deeply, and in this episode gives a beautifully-balanced account of the development of what we might call ‘esoteric number in theory and practice’ in the Græco-Roman world. The interview contains quite a bit of original, unpublished research (you heard it here first!) and comes to some conclusions which may surprise listeners.

We divide our subject-matter into three main branches for the purposes of discussion:

The typology, however, quickly succumbs to the reality, a world in which all manner of numerical (and alpha-numerical) speculation and practice was happening; in the case of the Marcosian Gnostics, for example, the lines between these three sorts of numerical speculation seem to blur or even disappear. The interview is wide-ranging and comprehensive, but also hugely informative about specifics when the evidence allows. Highly recommended. 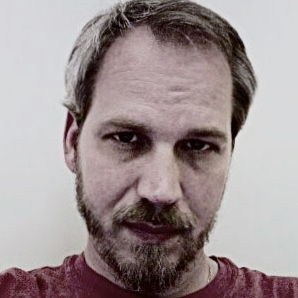 Joel Kalvesmaki is a Byzantinist, digital humanist, and esoteric number expert. At the time of the interview he oversaw the production of Dumbarton Oaks’ flagship Byzantine publications, both print and digital. He is active in the digital humanities, bringing new technologies to bear on scholarly communication. His research and scholarship covers intellectual history in late antiquity, with a specific focus on ancient number symbolism and the writings of Evagrius Ponticus. He maintains this useful website, where you can find much more about all things numerological and arithmological.

The Isopsephy Database project is a wonderful tool for quickly checking out whether a given number found in a Greek text has any intriguing verbal content.