Episode 51: Enoch and the Book of Watchers 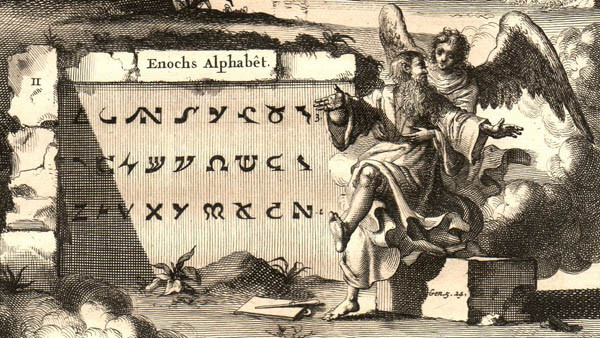 ‘And Enoch walked with God, and was not; for God took him.’

Fateful words from the book of Genesis 5:24. What ever happened to the pre-flood patriarch Enoch? Jews in the second-temple period tell us, in a large and complex body of writings known as the Enochic texts, fragments of which are extant in Aramaic, Greek, Latin, Hebrew, and a host of later languages. When we put all the disparate evidence together, we get a picture of a type of second temple Judaism not particularly concerned with Moses or the Mosaic law, but very alive to the imminent end of the world, the judgement by God of the righteous and the wicked, angels and fallen angels, cosmic ascent and hallucinatory visions, and much else besides.

This episode begins to explore this literature, looking in particular at the first section of 1 Enoch, a text commonly known as the Book of Watchers. This very old apocalyptic text (dated by some as far back as the third century BCE) contains all of the characteristic elements of apocalyptic mentioned above, and also fills in the gaps of the Genesis account, giving us a window on what Enoch was really up to. There are fallen angels, evil giants, flaming crystal palaces in the sky, and visions-within-visions. This is not the Judaism you find in the Bible.