Amy Hale on the Magical Life and Art of Ithell Colquhoun 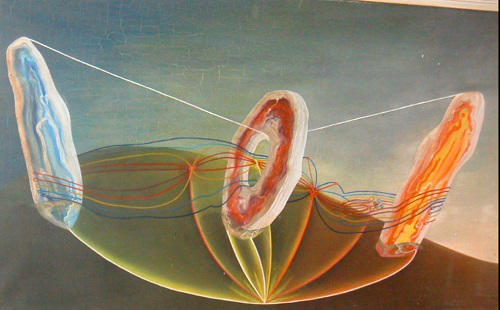 We speak with Amy Hale, anthropologist, folklorist, and writer of many facets, on the life, art, and legacy of Ithell Colquhoun, one of the 20th century’s most important (if widely overlooked) esoteric artists. Born in colonial India in 1906, Colquhoun moved with her family back ‘home’ to England soon thereafter; she later relocated from London to Cornwall, where she lived out her latter decades deeply embedded in the landscape and lore of the south-west’s furthest promontory. She was interested in elements of western esotericism – particularly alchemy and magic – from a young age, and had a lifelong spiritual practice, which expressed itself most notably in her incredible body of work, but also in her involvement with British Surrealism and a number of initiatic organisations, from the O.T.O. to Druidic orders.

We discuss Colquhoun’s life, work, and esoteric thought, attempting (and profitably failing) to pin down the multifaceted esoteric life and identity of this crucial figure of twentieth century esoteric art. 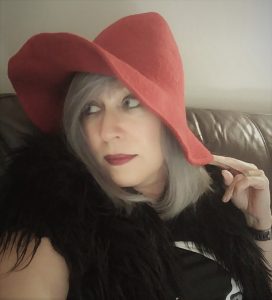 Dr. Amy Hale is an Anthropologist (PhD Folklore, UCLA) specializing in modern Cornwall and contemporary esoteric history and culture. She has co-edited four books and has written on topics as diverse as modern Druidry, Cornish ethnonationalism, Pagan religious tourism, and occult performance art. Co-edited collections include New Directions in Celtic Studies (With Philip Payton, University of Exeter Press 2000), and The Journal of the Academic Study of Magic 5 (with Susan Johnston Graf, Mandrake Press, 2009). She sits on the editorial boards of the Black Mirror Research Network and Correspondences journal. She has been a featured speaker for the Conference on Contemporary Pagan Studies at the Claremont School of Theology, the Occult Humanities Conference at NYU and I:MAGE at the Warburg Institute in London. Hale is the Co-Chair of the Contemporary Pagan Studies Section for the American Academy of Religion, and her biography of Ithell Colquhoun is forthcoming from Strange Attractor Press in early 2020.

Colquhoun was hugely productive, not only of visual art, but of poetry (often published in fairly obscure small printings, with visual accompaniments), novels (the Goose of Hermogenes is a must-read alchemical dream-narrative, newly republished with its originally-intended illustrations and a lost chapter in Colquhoun 2017; I.C. also wrote several novel-length pieces, unpublished until recently), short tales, and essays on various subjects. All of the works mentioned in the interview can be found in the Recommended Reading below, and a small digital gallery featuring paintings discussed in the interview can be found by scrolling down.

Richard Shillitoe maintains an excellent website devoted to all things Colquhoun, which is a great first stop when exploring the life and work of the Sage of Lamorna.