Seaford on Soul, Ritual, and Money 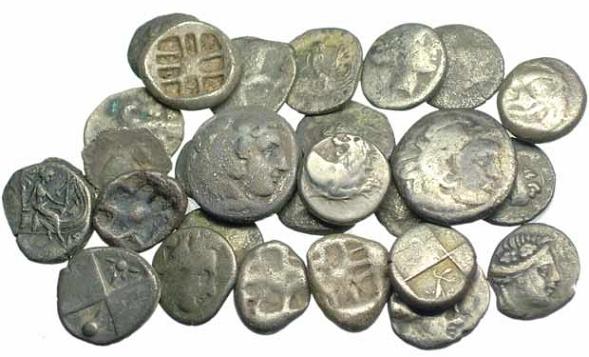 (As with the main episode to which this is the companion, apologies for the poor sound quality. I was just getting the hang of my technology when this conversation took place)

‘There are in the ancient world – perhaps even in the modern world – two powerful things in the universe: one is money, and the other is ritual.’

The work of Richard Seaford encompasses the whole of early Greek culture, and he has published extensively on mystery-cult, early philosophy, the Athenian dramatists, and much more. A thread running through all of his work is a fascination with the ways in which the social and material circumstances of cultures shape the way people in those cultures think. In this extended conversation the key figures of Heraclitus, Parmenides, Pythagoras, and Plato are discussed vis à vis the concepts of the interiorisation of ritual and the monetisation of society. Apply some comparative discussion of Upanishadic and Brahmanic texts from an Indian region undergoing a similar process of moving from a gift-exchange economy to a currency-based one, and you have a very provocative insight into the ways in which the ideas of formative thinkers both of the Mediterranean and the Sanskritic spheres were born.

We move on from the earlier discussion of why the idea of a unified, central locus of consciousness – the soul – arises at a given time in both Greece and India, to a wider discussion involving other early philosophic concepts, including Heraclitus’ difficult idea of logos, Parmenides’ strongly abstracted notion of being, ‘ethicised indiscriminate reincarnation’, and the Indian concept of karma. Professor Seaford brings in concepts which are rarely considered in the context of this material, but which are there in the texts, such as ‘monetary account’, ‘private property’, and ‘debt’. Not everyone will agree with his analysis, but everyone’s ideas should get a good rinsing-out from his socially-embedded perspective on the history of ideas.