Tatiana Bur on Living Statues, Then and Now 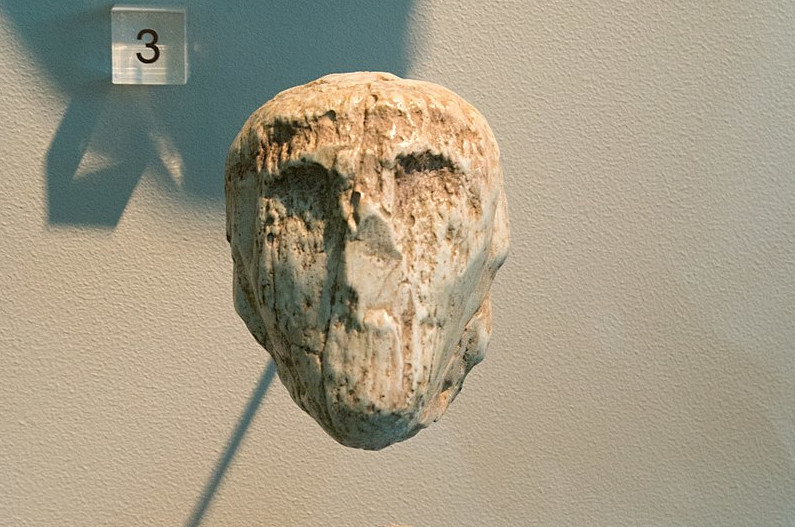 Here at the SHWEP we are fascinated by the ancient practice of ensouling statues, and trying to figure out (insofar as this is still possible) what the readers of the Chaldæan Oracles, the Hermetic Asclepius, and the theurgic Platonists were doing, or thought they were doing, when they brought a statue to life. Part of the story is understanding ancient Hellenic attitudes toward statues and automata – statues that move – in a non-theurgic context, and to understand this material you want to talk to Tatiana Bur, a scholar at the forefront of research on ancient automata and their religious uses (or should that be ‘religious life’?).

We begin our interview with two quotes from the Hermetic Asclepius, and go from there:

[24] “Are you talking about statues, Trismegistus?” “Statues, Asclepius, yes. See how little trust you have! I mean statues ensouled and conscious, filled with spirit and doing great deeds; statues that foreknow the future and predict it by lots, by prophecy, by dreams and by many other means; statues that make people ill and cure them, bringing them pain and pleasure as each deserves.

[38] “And the quality of these gods who are considered earthly – what sort of thing is it, Trismegistus?” “It comes from a mixture of plants, stones and spices, Asclepius, that have in them a natural power of divinity. And this is why those gods are entertained with constant sacrifices, with hymns, praises and sweet sounds in tune with heaven’s harmony: so that the heavenly ingredient enticed into the idol by constant communication with heaven may gladly endure its long stay among humankind. Thus does man fashion his gods.

Note: Your host is not the only person to connect the automaton tradition exemplified by Hero of Alexandria and the theurgic animation of statues! Fabio Paolini was a Venetian writer of the sixteenth century. The following quote is taken from Frances A. Yates. The Hermetic Tradition in Renaissance Science, in Brian P. Levack, ed. Renaissance Magic, New York, NY/London, Garland, 1992, pp. 237-8:

In 1589 there was published in Venice a large volume by Fabio Paolini entitled Hebdomades …. When speaking of the magical statues of the Hermetic Asclepius, Paolini makes this remark: “we may refer these to the mechanical art and to those machines which the Greeks call automata, of which Hero has written.” Paolini is here speaking in the same breath of the statues described by Hermes Trismegistus in the Asclepius, which the Egyptian magicians knew how to animate, and the work on automata by Hero of Alexandria which expounds mechanical or pneumatic devices for making statues move and speak in theatres or temples. Nor is he intending to debunk the magic statues of the Asclepius by showing them up as mere mechanisms, for he goes on to speak with respect of how the Egyptians, as described by Trismegistus, knew how to compound their statues out of certain world materials and draw into them the souls of demons. There is a basic confusion in his mind between mechanics as magic and magic as mechanics …. Paolini states that the production of motion in hard recalcitrant materials is not done without the help of the anima mundi, to which he attributes, for example, the invention of clocks. 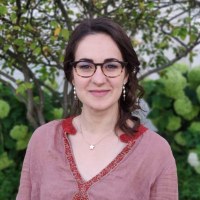 Dr Tatiana Bur is Moses and Mary Finley Research Fellow at Darwin College, Cambridge. She is a classicist with a special research-interest in the intersections between ancient religion and technology (and, in particular, has done serious work in the long-neglected field of study of ancient automata).

Her Cambridge staff page lists some of her publications, but her upcoming book, Manufacturing the Marvellous: Technology and Divine Presence in Ancient Greek Religion, is what we are really looking forward to.

Primary (in order mentioned in the interview):

On ancient science and mechanics:

On the agency of ancient cult statues:

Osborne, R. (2014) ‘The Living Presence of the Gods in Ancient Greece’ in C. van Eck, J. van Gastel, and E. van Kessel (eds) The Secret Lives of Artworks: Exploring the Boundaries Between Art and Life. Leiden. 23–37.

—– (in preparation) Manufacturing the Marvellous: Technology and Divine Presence in Ancient Greek Religion.

de Solla Price, D. (1964) ‘Automata and the Origins of Mechanism and Mechanistic Philosophy’, Technology and Culture 5: 9–23.

Tybjerg, K. (2003) ‘Wonder-Making and Philosophical Wonder in Hero of Alexandria’, Studies in History and Philosophy of Science 34: 443–466.

—– (2019) ‘Paratheatrical Performances in the Bosporan Kingdom: The Evidence of Terracotta Figurines’ in D. Braund, E. Hall and R. Wyles (eds) Ancient Theatre and Performance Culture Around the Black Sea. Cambridge.