Third Annual Report of the SHWEP 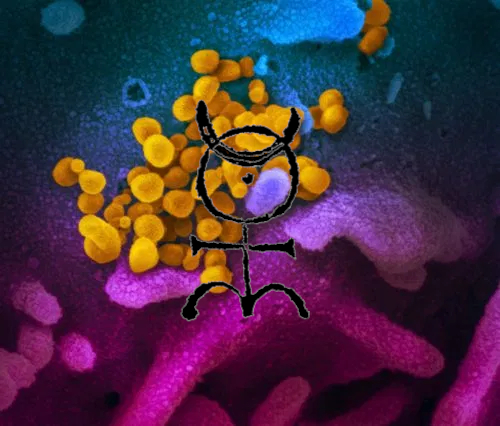 The Third Annual Report of the SHWEP

Well, here we are, approaching the winter solstice, 2020. The very first SHWEPisodes actually went up on 5 September, 2017, but the winter solstice always feels like the real anniversary. This year we are working on some cool restructuring of the SHWEP website to go live on the solstice, which will get the podcast on a more solid footing. We shall also be releasing some special stuff, including what we hope will become a mainstay of the SHWEP, the first in a new series exploring the musical side of the western esoteric traditions.

This moment feels kind of solemn and celebratory at the same time. Everyone had a heckofa 2020. No need to go into details about that in a general way. Getting to the end of 2020 is part of the (doubtless ill-founded) sense of minor triumph here at SHWEP HQ: at least THAT’S over. In our little corner of the universe 2020 had some interesting effects. First of all, I get the impression that the podcast as a medium suddenly became a lifeline of (weird, mediated) human contact for droves of people trapped in their flats, who had never listened to a podcast before. Our audience has seemingly been growing commensurably to some extent. Another online development which has worked in our favour has been the sudden ubiquity of various platforms for remote conferencing: when we started in 2017, it was actually not uncommon for me to need to explain how skype works to academics so that we could do an interview; now everyone has been working on the multi-user platforms for about a year, and I don’t need to explain anything. Reflecting this, we have just done our first SHWEP interview with not one, but two interviewees this last week, and are looking forward to more of these in the near future.

The 2020 exile had several other knock-on effects here: first of all, we actually made the 52-episode goal this year. That is as it should be. Actually, there are a few members’ episodes awaiting release after the solstice, so the total will really be a few over the odds. We were supposed to be finishing a major research postdoc at a major European university, but were, in March, unceremoniously ejected from said institution with a day’s notice on grounds of viral contagion, and have not been able to return. Said research-project is limping along in exile with the help of, ahem, downloads, but there’s only so much research you can do without access to a decent library. Still, it should eventually result in a cool book. But this exile from proper-job-land has meant more time spent on the podcast, which is good for the SHWEP side of things.

Looking at last year’s Annual Report, there is a note of blithe optimism regarding our progress which is laughable in retrospect, the idea being that by now we should be covering Proclus. Proclus! Ha! That younger, more-innocent self did not see the two hulking obstacles standing across the path, namely Clement of Alexandria and the Hermetica. The Clement-series grew from the original idea, which was something like: an intro-episode, one on his esoteric writing-methodologies, and one on his crazy ideas about human spiritual evolution. However, no true lover of the esoteric in antiquity can pick up a volume of the Stromateis without being infected by korybantic Clementine μανία, and this great of early esoteric Christianity is so under-studied in almost every field (except in certain Orthodox circles, it seems, where his esoteric Christianity is alive, well, and given the greatest respect and authority, but also viewed as, well, esoteric, and not for the lay brethren), that we felt it our duty to get stuck in. So we ended up diving deep into this amazing author and putting out seven episodes – and no, we haven’t forgotten Part II of our Storytime piece on Book V of the Stromateis, either. [Also, I have a suspicion that I have discovered something in Clement that no one has discovered before, and plan to research that discovery this year. Mwahaha.]

Then we have the Thrice-Greatest One. The plan was always to save Episode 100 for Hermes, which we did, so that is one prediction that we stuck to. But, in terms of covering the great Hermes, the idea had been, again, maybe an intro episode, an episode on the Poimandres, and then interviews with Anna van den Kerchove and Christian Bull. But this stuff is too good, really too good, to pass by without delving. We added an episode on the esoteric per se. We had to cover the Korê Kosmou and Asclepius as well as the Poimandres, as they are full-on esoteric worlds of their own. David Litwa got in touch fortuitously (based on nothing to do with the SHWEP at all), and so we had the opportunity of interviewing him (and he sent us a copy of his important translation Hermetica II, for which many thanks!). Then we decided to go ahead and summarise all the rest of the Corpus Hermeticum in Storytime stylee. Incidentally, doing the SHWEP Storytimes is by far the most exhausting thing we do here, and the main reason for the exhaustion is the constant struggle to figure out what to leave out. It’s gruelling.

So that was a sixteen-episode series on the Hermetica at the time of writing, when we have just released our amazing interview with Christian Bull, recorded more than a year ago.

Now, keen listeners to the SHWEP will know that the coming year is likely to be equally ‘slow’, if that is the right word, because we are now entering the third century in full earnest. We have already entered this period, of course, with a few episodes on Origen, but now the time has come (almost) to cover Plotinus and Manichæism, as well as some other third-century material. You can imagine where that is going; it will be beautiful, but it won’t be concise, exactly.

Now, doing the podcast full-time. This is the current plan; my postdoc has ended (with a whimper rather than a bang) in the midst of covid-lockdown, and there are no proper jobs on the immediate horizon. I have come up with the word ‘para-academic’ to describe this scene we seem to be inventing, ‘we’ being a whole bunch of folks whose basic work and instincts are academic, in the sense of pursuing solid, evidence-based scholarship, be it in history, history-of-ideas, or even more fringe areas of inquiry, but who do not have a job in traditional academe. Community-supported scholarship is our model. There are lots of cognate models developing online at the moment; the point is that, just like publishing your own book to avoid the many scams inherent in academic book-publishing, you can do good stuff in scholarship and avoid the hassles and scams involved in working for a university by constructing some kind of online project and going for it with the help of good souls who appreciate what you do and are willing to stump up a bit of cash to help you keep doing it.

Now, how a model like this will thrive in the coming post-Covid depression is an interesting and unsettling question; right now fifty pounds a year is affordable by a lot of folks, and thanks to each and every one of you who support the SHWEP. In a year’s time a whole lot of people are going to be taking a hard look at their yearly budget and trimming some fat. We’ll see how it goes. We need to more or less double our membership to get to our goal of a sustainable, reasonably comfortable family-of-four income, so that’s the goal. As a side-project, I am currently writing a little broadside or pamphlet, the plan being to offer it as a free gift to people who renew their yearly subscriptions to the SHWEP. A token of appreciation, and also hopefully a bit of incentive to carry on supporting us for another year; it’s the long-haul who are the backbone of what we do. That project should be out in the new year some time in the not-too-distant future, god willing.
Big love and thanks to the yearly members out there who keep hitting that resubscribe button with no inducement beyond appreciating what we do and wanting to support it. A huge shout out, as well, to all the amazing academics who contributed their time and expertise this year.

In the mean time, for anyone wondering about Christmas gifts for their esoteric loved ones, why not give the gift that keeps on giving, a yuletide SHWEP gift-membership?