Laurence Caruana on Visionary Art and the Fall of Sophia 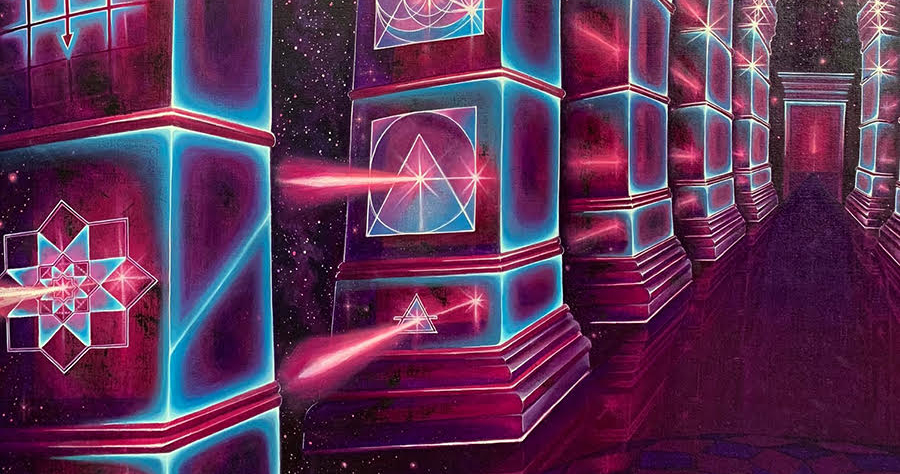 We speak with Laurence Caruana, a painter, writer, and educator in the field of Visionary Art. Laurence works with revelatory images drawn from dreams and other altered states of consciousness, within a world-view informed by deep reading in late-ancient ‘Gnostic’ literature, especially the Apocryphon of John. Laurence has been for many years the director of the Vienna Academy of Visionary Art, and is now moving into a more intensive concentration on his ambitious and deeply esoteric Apocryphon Chapel project.

The conversation ranges from the art-historical – including a short history of the Austrian school known as the Phantastic Realists and Laurence’s apprenticeship under Ernst Fuchs, a prominent member of that school – to the metaphysical – including an extended exploration of themes from the myths of the Apocryphon of John, from the creation of the Pleroma from the undifferentiated, ineffable Father, through Sophia’s act of cosmic rebellion-creation-contemplation-rejection resulting in the creation of Ialdobaoth, the ignorant Demiurge, and finally to the destiny of the world and the human being at the end of cosmic existence.

Along the way we discuss the nature of gnôsis, the basics of sacred geometrical construction, and the question of spiritual evolution and apocatastasis.

Download Laurence Caruana on Visionary Art and the Fall of Sophia 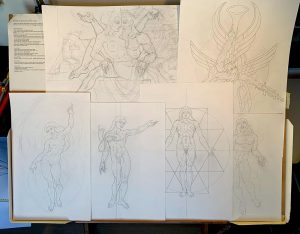 Above: Sketches for the Æonic figures to be depicted in the first canvas of the Apocryphon Chapel.

Above: A mock-up of the genesis of the Æons from the One, depicting, from top to bottom, the original male-female pair embracing, and their child, the Christ, surrounded by the Four Lights — below these are the hermaphroditic Anthropos, surrounded by the 12 hypostatic states of consciousness, of whom the twelfth, Sophia, stands at the bottom.

This scheme will be painted into the 1.5 x 3 metre canvas below, which is the background to this scene of primordial generation: