Jason BeDuhn Separates the Light from the Darkness

We are honoured to be able to put some irresponsible questions to Professor Jason BeDuhn about a number of subjects, including: 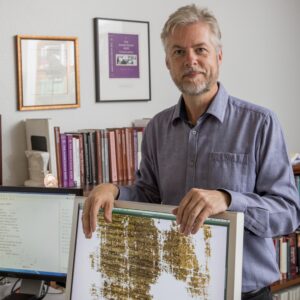 Jason BeDuhn is Professor of Religious Studies at Northern Arizona University. A Guggenheim and National Humanities Center Fellow, he is an advisor to UNESCO’s Atlas of the Silk Road project and former chair of the Department of Humanities, Arts, and Religion at NAU. He has published and lectured widely on numerous subjects, and has particularly made his mark on the study of Manichæism.