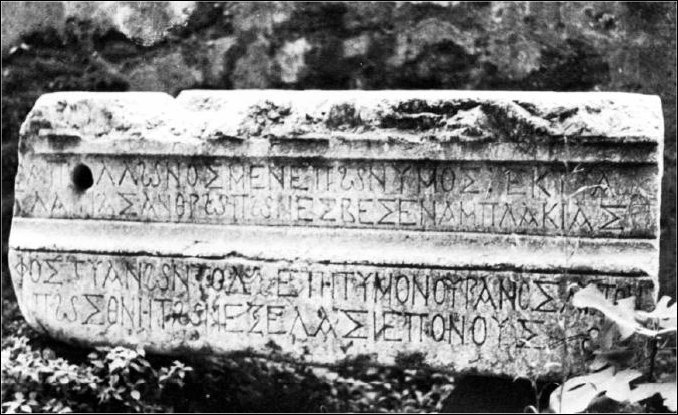 In this extended interview we discuss a number of interesting aspects of Apollonius’ life and Philostratus’ take on said life.

There is the question of Damis, Apollonius’ right-hand-man, who, Philosotratus tells us, wrote a book about his master on which Philostratus has based his own account. But did Damis even exist? We discuss the literary trope of the ‘found document’ which never existed. (Lovers of esotericism will find many examples coming to mind here from recent esoteric history, from the ‘Egyptian Tablets’ of Joseph Smith to the Theosophical ‘Mahatma Letters’ to the ‘Cypher Manuscript’ of the Golden Dawn. It turns out this trope goes back to antiquity). In the case of Philostratus and his audience, was the Book of Damis even mean to be accepted as historical reality?

Then there is the question of interpretation, esoteric and otherwise, which is hugely significant but also problematic in the case of Philostratus, because he actually puts interpretive theory into the mouth of Apollonius, inviting his readers to reflect on the act of interpreting the Life of Apollonius itself. The question of the ‘authorial fallacy’ rears its head (again: see Episode 26), and Miles suggests, against an easy consensus which sometimes exists in scholarship on antiquity, that Philostratus and his contemporary sophists were in fact well aware that readers (and viewers of art, etc.) construct the meanings they find in what they read.

We then discuss some of the fascinating afterlife of the figure of Apollonius: master-sage, magician, pagan answer to Christ, French fin-de-siècle hipster, and much more, and follow the trail of the logos into the East Roman Middle Ages, where Michæl Psellos makes an appearance.