Dylan Burns Ascends to the Plēroma

We continue our discussion about various things Gnostic (some Sethian, some not), concentrating on two main questions: trying to envision what kinds of readership these texts might have had in late antiquity, and what kinds of ritual practices the readership might have been performing. We discuss: 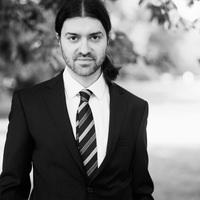 Dylan Burns is Assistant Professor of the History of Esotericism in Late Antiquity at the University of Amsterdam’s HHP. He is an editor of Brill’s Nag Hammadi and Manichaean Studies series. His many publications deal with ancient Gnosticism, Platonistic and Platonising religious movements, Platonism and ancient philosophy more generally, as well as the wider field of western esotericism studies. His most recent book at the time of writing is Did God Care? Providence, Dualism, and Will in Later Greek and Early Christian Philosophy.