The influence of Stoicism on western esotericism is an interesting and complex one, which we shall be examining over the course of several episodes. But we here at the SHWEP always like to understand the background, so in this episode we get expert help from Professor Christopher Gill, Emeritus Professor of Ancient Thought at the University of Exeter, in delineating the basics of who the Stoics were and what they were doing.

We concentrate first on drawing an outline of the bare historical story of Stoicism as a movement:

We then turn to Stoic ideas:

This episode gives us a perfect jumping-off point for discussing the ‘esotericisation’ of Stoic materials which occurs in Platonist philosophy and esoteric religious currents of later antiquity, the subject of the next two episodes. 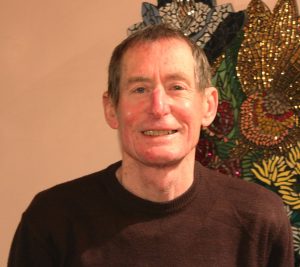 Chris Gill is Emeritus Professor of Ancient Thought at the University of Exeter. His earlier academic appointments were at Yale, Bristol and Aberystwyth universities. He has written a number of academic books, especially on ancient ethics and psychology: the best known are Personality in Greek Epic, Tragedy, and Philosophy: The Self in Dialogue (Oxford, 1996) and The Structured Self in Hellenistic and Roman Thought (Oxford, 2006). He is currently writing a book on Stoic ethics and its potential contribution to modern debate in moral philosophy. He is also actively involved in a movement presenting Stoic ethical ideas to a broad public audience especially through the online course, ‘Live like a Stoic for a Week’ (as discussed in the members’ episode following this one). He is a widower, with four adult sons, and lives in a peaceful house near the University of Exeter campus, where this podcast was recorded.

The standard edition of the fragments of the earlier Stoics remains Arnim, J. (Ed.), 1905-24. Stoicorum Veterum Fragmenta. Teubner, Leipzig. Its thematic arrangement makes it somewhat of a hassle to use, but it is nevertheless the place to go to follow up on the Greek authors discussed in this episode.

Professor Gill has published a translation of Marcus Aurelius’ Meditations ( Marcus Aurelius : Meditations, Books 1-6, Oxford, the University Press 2013) which is highly recommended. Also good on the Stoics are his

On the Stoics more generally, the ever-helpful Stanford Encyclopedia of Philosophy has a good introductory article.

Essential reading for anyone wanting to grapple with the Stoics themselves is: