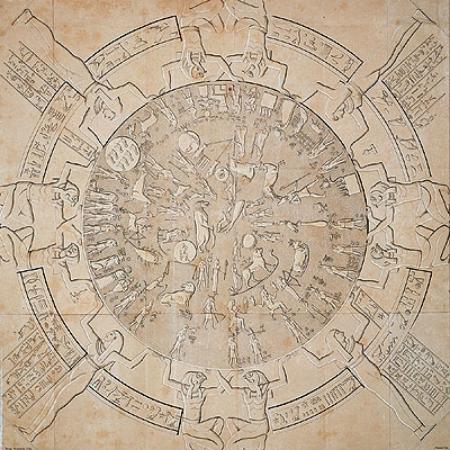 The general topics of our continued discussion are the question of the ‘fiction égyptienne’ and Alt’s well-argued reasons for thinking that there is a lot more Egyptian material in the De mysteriis than is usually credited in scholarship. Among specific discussions are:

Brian P. Alt is an independent teacher and researcher specializing in ancient languages, the intersections of philosophy and religion in Græco-Roman Egypt, and the history of magic. His PhD (2020) focused on Iamblichean theurgy and its interaction with Greco-Egyptian ritual practice. His forthcoming book on the Græco-Egyptian magical papyri (PGM) will be available to pre-order soon on the InterlinearMagic.com website.

Saffrey and Segonds (2012, cited below) do indeed consider the Egyptian provenance of the name Anebo in their discussion of the ‘fiction égyptienne’ (pp. xix-xxxviii), bowing to the Egyptological expertise of Elsa Oréal, who suggests (p. xxxiii) an Egyptian etymology for Anebo meaning ‘Great-is-his-master’ (we do not reproduce the Egyptian phonetics here, as our computer cannot type them at the present state of play. Please see Saffrey-Segonds for more detail).

Eunapius on Iamblichus encountering Alypius, the small philosopher from Egypt: VS 460 Wright.